Mister Rogers Was a Fortune Teller: Creativity and Collaboration 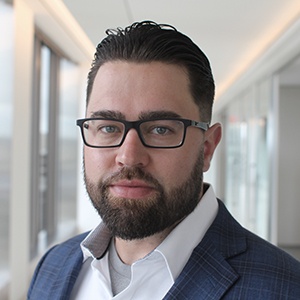 There is nothing more comforting than watching Mister Rogers don his trademark sweater. As a someone who calls Pennsylvania home, the statue of his likeness in Pittsburgh is a reminder of more simple times. 30 years ago, “‘Mister Rogers’ Neighborhood’ showed how people made crayons. Today, crayon-making is a robot’s job.”

While assembly workers used to do all the moving, pouring, packing, and sorting, today, those jobs are ruled by robots. 101 years after the first Crayola box rolled off the production line, “...today the company's Easton, Pennsylvania, factory turns out 12 million crayons a day.” Now, much of the work to make that happen is accomplished through automation, and Crayola continues to be a lynchpin of the North Eastern Pennsylvania economy. Though they employ a different mix of professionals these days, they are still a thriving company, as a result of automation allowing them to focus on core value drivers for their business.

It’s not all rosy in the Neighborhood. There will be disruption and displacement.

While the creation of crayons offers a colorful look into the potential of automation, many people are concerned about the impact of automation on their jobs. Their concern is not unfounded.

Which jobs are most at risk? Topping the list require less education and involve routine skills. Telemarketers, bookkeepers, receptionists, couriers, proofreaders, retail workers, and assembly line workers are at risk, now and over the next 20 years.

“Automation, robotics and AI have already claimed a wide swath of low-skilled jobs in recent years, everything from assembly line workers to travel agents, switchboard operators and filing clerks.  Now, with the advent of driverless cars, taxi and Uber drivers could be in jeopardy. The same could be true for workers in the trucking and fast food industries.”

In the safer zone are jobs that require more sophisticated decision making, such as human resources managers, sales managers, marketing managers and other executives.

Automation will push us up to more fulfilling careers

It’s not all doom and gloom, though. While Elon Musk favors grim predictions, speculating that AI could be the cause of a third world war or replace humans, other experts paint a very different picture of the outlook for AI. One such expert is Max Versace, CEO of robotics and computing company Neurala and founding director of the Boston University Neuromorphics Lab, which studies biological intelligence in computers and robots.

Versace predicts any job loss for humans that is a byproduct of automation will be in the form of “remedial jobs like assembly line work or cleaning bathrooms.” Such job loss will “actually push humans to seek out ‘jobs that are more elevated’ and that require more brain power. ‘Humans are resourceful and history has shown we can change to various economic conditions,’he says.”

Automation has and will continue to change the workplace and the employee experience. Employers wanting to make automation successful in their organizations should acknowledge people’s fears fully, while stressing the immense opportunity automation creates and the potential for humans and machines working side by side.

To bolster this point, reassure your human resources by reminding them of the unique value they bring to your business. Teach, emphasize, and reward “traits that machines can’t yet easily replicate, like creativity, critical thinking, emotional intelligence, adaptability and collaboration”

Because automation frees resources to shift the work they do from transactional and repetitive tasks to high value activities, it has the potential to make jobs more fulfilling and meaningful for employees. Build trust by create sanctioned pathways to obtain and grow the higher level skills they will need to succeed in those new roles, such as creativity and emotional intelligence.

“In a world that is becoming automated faster than we can think, #creativity is the one core human element you need to compete.”

Beyond the softer touch, be on the lookout for ways to quantify the hard value automation is bringing to your organization. Can small teams do more with less? Capture that. Are revenue goals more attainable? Highlight that. Will budget freed up by automation enable purchasing of the team’s wishlist items? Celebrate that. Continuously communicate your automation success stories to win the ongoing support of stakeholders.

In our world, we see our customers thriving because they are implementing billing and revenue automation where it makes sense for their business. For instance, Klara recently automated their CRM to revenue process via the Ordway platform. Every time one of their sales people “close win” and opportunity in their SalesForce CRM, it automatically generates contracts and corresponding billing schedules that immediately begin the invoicing and collections process.

Klara was able to identify lost revenue through this process and focus future recruiting and hiring on functions core to their business: software development, customer success, and sales. They no longer needed to dedicate resources to monthly billing, freeing them up to dedicated their effort to the future of their business.

Other unexpected benefits of automation

Automation’s potential goes beyond efficiency and cost reduction. Recruiting organizations are recognizing AI’s ability to replace unconscious bias in the human screening and interview process. Both because AI relies on data points, not perception, and because it can truly ignore demographic factors, AI possesses superior ability to fairly and consistently assess candidates.

Warning to future humans: human oversight is still required to make sure existing bias in the recruiting process is not learned by AI and that the data the AI is given is not itself biased.

Increased brand safety is another often overlooked benefit of automation. Because automation is process-based, not option-based, it can perform like your best employee, on their best day, every time. This includes everything from customer service applications to industries that require standard disclosures and consent.